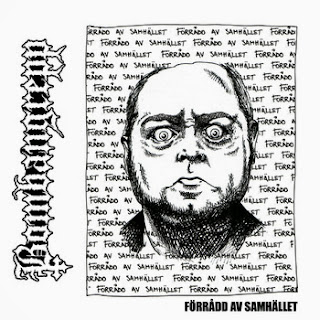 I´d never heard Bombangrepp before the band sent me this EP and I must say that I´m positively surprised. Don´t get me wrong, there´s nothing new here at all. But they have the feeling that atleast I need to like a hardcore band in this day and age. There´s hordes of bands doing what other bands have already done a thousand times before and to get through to me you have to express that feeling with your music for me to be able to enjoy it. Bombangrepp manages to do that. There´s nine songs on this EP co-released by three labels and if you could´nt tell by the number of songs it´s going fast. While I listen to this EP I tend to think it sounds quite like a slower Krigshot on some of the songs while other songs tend to slow down the tempo a bit and reminds me of early and a less metallic Skitsystem. All with Bombangrepp´s own touch of course. A nice new acquintance and a band I wouldn´t mind seeing live.

But the EP from Halvfabrikat Phobia or Skaven

Listen to the EP at their Bandcamp
Upplagd av Tompa kl. 12:42 Inga kommentarer: 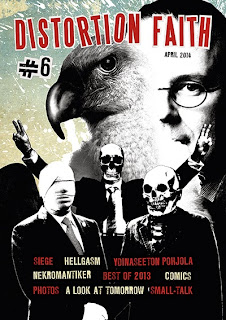 Doing a fanzine in this digital time and age is something that should be praised. People that use their creativity and spare time to sit and create a fanzine under a long period of time are few and far between these days. Most people , like me, take the easier way although even the blog count aren´t what it once was. Distortion Faith is here with it´s sixth issue in just a few years. And as always it´s a great read. Featured amongst the pages are Hellgasm, Nekromantiker, Ydinaseeton Pohjola and a newly conducted interview with Robert Williams about his old band Siege. Add to that a bunch of columns, photos, best of lists and so on. Distortion Faith is always a good read and if I´m not too far off the tracks I´m guessing Krogh and Jocke are already planning the next issue in some way. In english by the way. Get it from Blindead 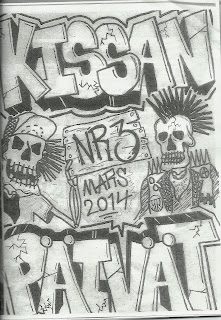 Kissan Päivät on the other hand is all in swedish and focuses more on politics than music. Since I´m more into music than politics I tend to read the politics part with only one eye. But since the guy put down so much effort doing a fanzine I guess he cares alot about the issues he brings up. Almost exclusively about the north where he lives. Music wise there are interviews with The Skull Defects, Optic Nest, Padington DC, Crush and Creat Records/fanzine and a Kranium/Dispose tour diary. add a bunch of reviews and you´re home. Can´t find any adress but use the google machine and you may find it.
Upplagd av Tompa kl. 11:17 Inga kommentarer: 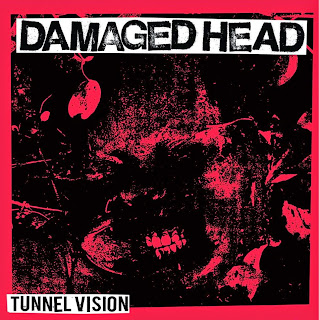 For me, Damaged Head was love at first listen. The unmistakable riffs from Linkan´s riff infested mind paired with Modde´s great pissed off vocals is such a great pairing thay you would be stupid not to be down on your knees worshipping the fuck out of this band. Having released their debut EP earlier this year they´re already back to unleash their first LP called Tunnel Vision. Luckily for impatient me Linkan is such a nice guy that he arranged for the record to be sent to me in digital format. If you´ve heard the EP, there´s no surprises on here. Just fast, pissed off traditional hardcore with the exception of the extremely catchy riffs and the overall feeling of the band. These guys get it. And that´s exactly what I need in this overflooded world of hardcore punk. Recently returned from a european tour, some of you might have this already since the band brought fifty test presses of the record with them on tour. I don´t own it yet so regard this text as a heads up from a guy that already heard the record and not a review since I like to see the full package before reviewing anything. Keep those eyes nailed on the Adult Crash website to see exactl when the record drops and check out Damaged Head´s bandcamp to listen to five songs from this amazing LP.
Upplagd av Tompa kl. 20:04 Inga kommentarer: