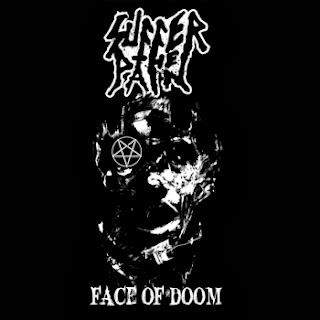 Suffer The Pain unleashes their new tape (also out soon as a 7" on Phobia Records) of pure metal punk madness. Like a bastard child of Motörhead, Discharge and Entombed they rip through five songs of raw and brilliant metal punk including a great cover of the Motörhead classic "Killed By Death". Quite fitting cover if I may say so. There is however some new stuff added, like the intro which reminds me a whole lot of Tragedy. That just adds to the already overall great feeling about this band though. Suffer The Pain is not reinventing the wheel, but like any band playing in the hardcore realm of music you need to have that feeling to create great music. Suffer The Pain certainly have that feeling. Great stuff! 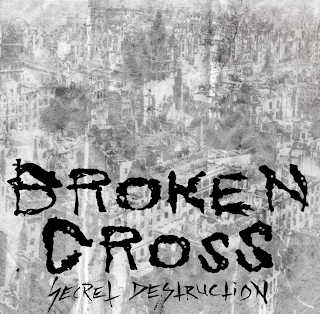 Imagine waking up in a pile of debris in a desolate and post apocalyptic world. Stumbling across piles of burning human cadavers desperately trying to find something with a beating pulse. The survival instincts kicked in as soon as you opened your eyes and the need for food and supplies is your main priority along with the basic instinct of survival. Going down the stairs to a seemingly abandoned bunker in your hunt for useful gear you come across Broken Cross playing their filthy and primitive music on their run down instruments. You try to engage a conversation but is only met by hopeless eyes and muttering voices.

This is the kind of the landscape my mind paints me while listening to the second Broken Cross EP. Total desolation and destruction. No hope, no future. Since the release of the demo/first EP, Niklas has made the music even more primitive and perhaps more minimalistic than before. This is ugly music, this is raw music and this is certainly not music for everyone. The G.I.S.M.-influenced leads are still there but otherwise I feel this is a pretty original crossover of the filthiest and rawest hardcore and metal bands there is. This music is ugly and degrading. And I mean that in the most positive way I can.